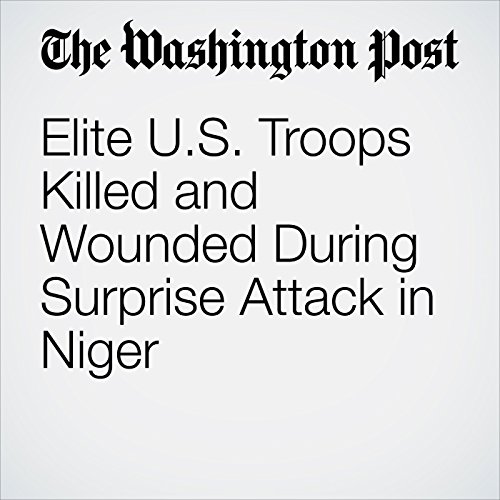 Three U.S. Army Special Forces soldiers were killed in Niger in northwestern Africa on Wednesday after their joint patrol with Nigerien forces was ambushed.

"Elite U.S. Troops Killed and Wounded During Surprise Attack in Niger" is from the October 05, 2017 World section of The Washington Post. It was written by Alex Horton and narrated by Sam Scholl.