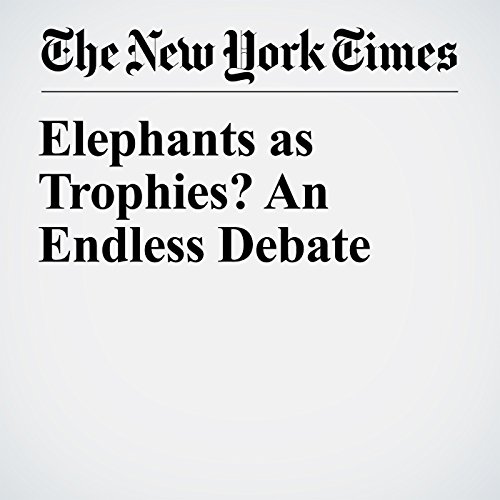 The U.S. Fish and Wildlife Service last month moved to allow hunters to bring home trophies from elephants killed in Zimbabwe and Zambia. Safe to say, few conservationists saw it coming.In a 39-page report, the agency cited Zimbabwe’s progress in creating a sound management plan for its 82,000 elephants and evidence that hunting revenue is in fact reinvested into conservation. Well-managed trophy hunting “would not have an adverse effect on the species, but can further efforts to conserve the species in the wild,” the agency concluded.

"Elephants as Trophies? An Endless Debate" is from the December 04, 2017 U.S. section of The New York Times. It was written by Rachel Nuwer and narrated by Keith Sellon-Wright.