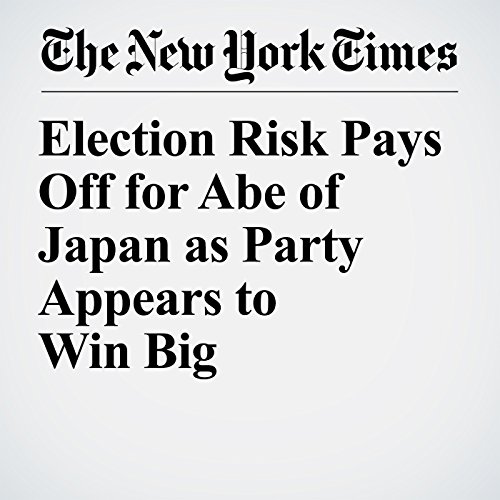 Prime Minister Shinzo Abe of Japan appeared to be on track to win a majority in parliamentary elections for his party on Sunday, NHK, the public broadcaster projected, based on exit polls. The preliminary results fueled his hopes of revising the nation’s pacifist constitution.

"Election Risk Pays Off for Abe of Japan as Party Appears to Win Big" is from the October 22, 2017 World section of The New York Times. It was written by Motoko Rich and narrated by Keith Sellon-Wright.