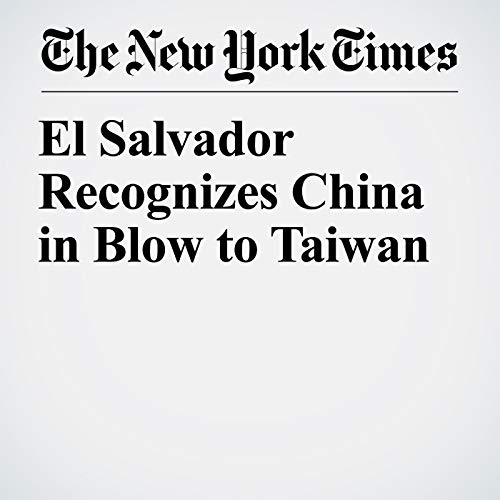 El Salvador severed diplomatic relations with Taiwan on Tuesday to establish ties with China, leaving only 17 nations that officially recognize the government of the self-ruled democracy.

"El Salvador Recognizes China in Blow to Taiwan" is from the August 21, 2018 World section of The New York Times. It was written by Chris Horton and narrated by Kristi Burns.