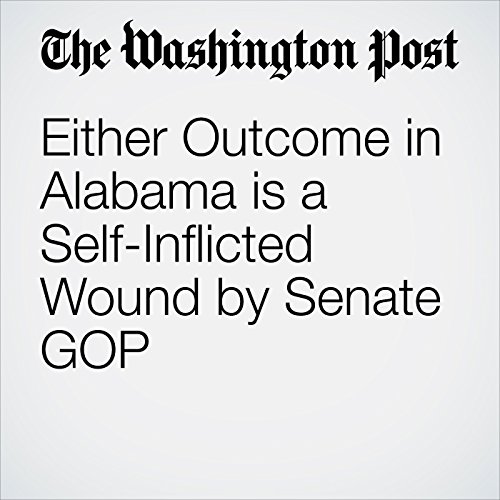 Over the summer, the GOP’s top strategists analyzed a complicated three-way race for the party’s nomination to succeed Jeff Sessions, who left the seat to become attorney general, and came to this conclusion: The only path to victory for the establishment favorite, appointed senator Luther Strange (R), was to elevate Moore on the initial ballot, on the belief that he would lose in the runoff in late September, leading to an easy victory for Strange in Tuesday’s general election.

"Either Outcome in Alabama is a Self-Inflicted Wound by Senate GOP" is from the December 12, 2017 Politics section of The Washington Post. It was written by Paul Kane and narrated by Sam Scholl.