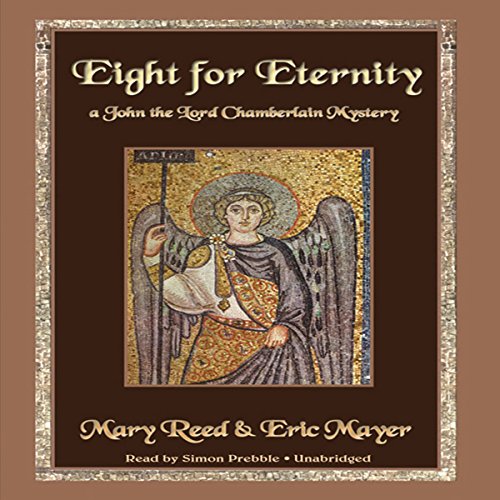 In January 532, mobs rule Constantinople, capital of the Roman Empire. Against a murderous backdrop lit by raging fires, John, chamberlain to Emperor Justinian, must find those seeking to use the Nika riots to dethrone the emperor.

Porphyrius, the most famous charioteer of his time, may know more than he tells about the mysterious disappearance of two men under imperial guard. What role is being played by a pair of brothers with a distant claim on the throne? Does a headstrong young girl hold the key to the mystery? With the fate of the empire at stake, will General Belisarius and his armed troops side with the rioters or remain loyal to Justinian?

To some, the riots portend the end of the empire; to others, the end of the world itself. John must untangle a web of intrigue in a city where death holds court at every corner.

This is not really a mystery story but rather a novel about the Nika Riots in 532AD in Constantinople which centered around the Blues and Greens chariot racing factions.. The author puts in a "tiny" mystery about the murder of two men associated with the factions, but that is really a very minor story compared to the story about the riots.The mystery is actually not "solved" until the end of the book, after the riots are put down.

I enjoyed the book for its fictional account of these riots -- and although fictional the story adheres to the historical causes and events of the famous Nika Riots. While it contains fictional characters, the main historical figures are in the book and for me this novel about these riots makes this book a good read. But be warned it is not really a mystery story in the traditional sense of the meaning.

Simon Prebble does an excellent job a narrator.

Interesting and complicated. The historical details fill in some of the empty space between the fall of Rome and the Middle Ages. John the Chamberlain is an interesting hero. I'll be waiting for some of the earlier books in the series to be put on disc (hint hint Audible)!