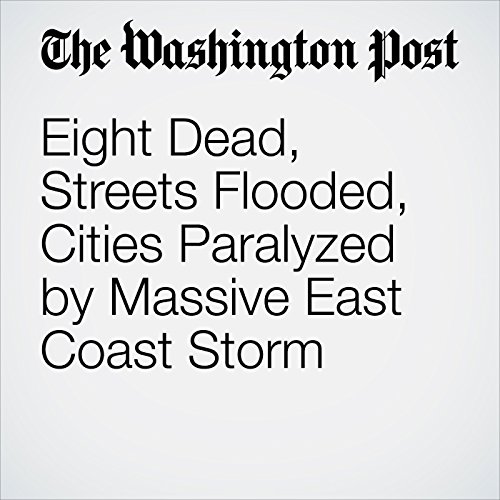 For two days, a deadly nor’easter turned a thousand-mile stretch of the East Coast into a wind tunnel, leaving millions without power, paralyzing flooded cities and towns and claiming the lives of at least eight people — some of whom had tried in vain to take shelter from hurricane-force winds.

"Eight Dead, Streets Flooded, Cities Paralyzed by Massive East Coast Storm" is from the March 04, 2018 National section of The Washington Post. It was written by Karen Weintraub, Cleve R. Wootson Jr. and Amy B Wang and narrated by Sam Scholl.