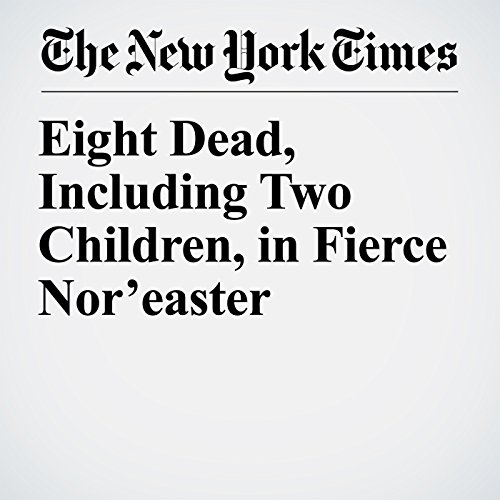 At least eight people died after heavy snow, rain and high winds ripped through the Northeast and the mid-Atlantic on Friday, snarling travel and bringing major flooding to parts of Massachusetts.

"Eight Dead, Including Two Children, in Fierce Nor’easter" is from the March 04, 2018 U.S. section of The New York Times. It was written by Christina Caron and narrated by Kristi Burns.