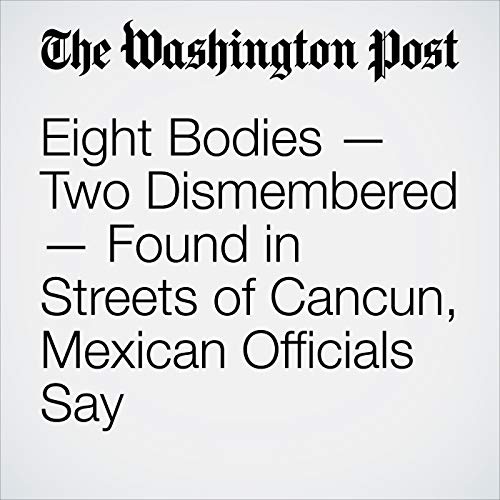 Officials in Mexico said Tuesday that they discovered eight bodies in multiple locations across Cancun, a popular beach resort city — and magnet for American tourists — on the Yucatán Peninsula.

"Eight Bodies — Two Dismembered — Found in Streets of Cancun, Mexican Officials Say" is from the August 23, 2018 World section of The Washington Post. It was written by Amy B Wang and narrated by Sam Scholl.