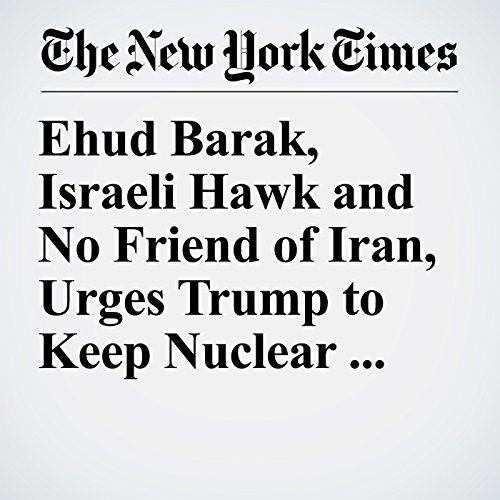 Ehud Barak, the former Israeli leader known for his hawkish views on Iran, said it would be a “mistake” for President Donald Trump to decertify the Iran nuclear deal, both because it would play to Iran’s advantage and because it would scuttle any hope of a negotiation with North Korea.

"Ehud Barak, Israeli Hawk and No Friend of Iran, Urges Trump to Keep Nuclear Deal" is from the October 11, 2017 World section of The New York Times. It was written by Mark Landler and narrated by Kristi Burns.