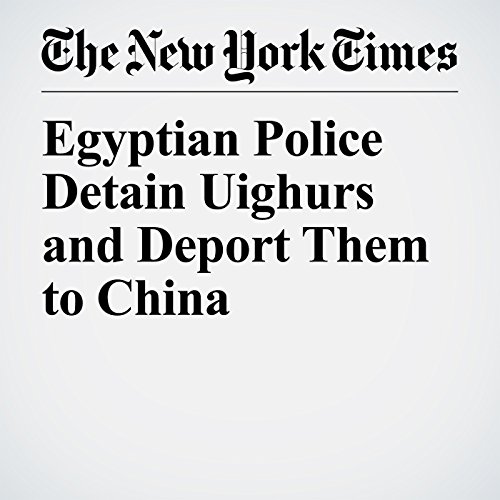 At least 12 Chinese nationals were deported and put on a flight to China late Thursday, and 22 more were detained for immediate deportation, three Egyptian aviation officials said.

"Egyptian Police Detain Uighurs and Deport Them to China" is from the July 07, 2017 World section of The New York Times. It was written by Nour Youssef and narrated by Fleet Cooper.