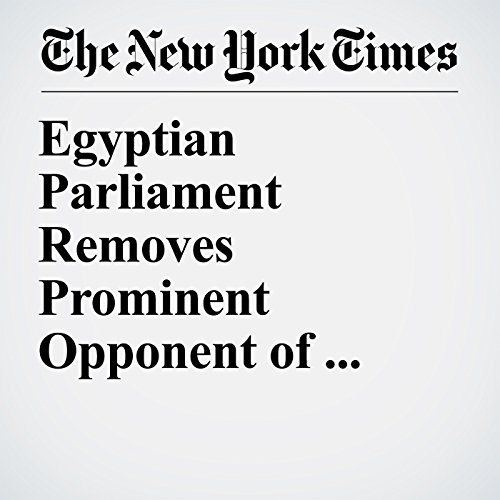 Egypt’s parliament on Monday expelled one of its few dissenting lawmakers, the scion of a storied political family, having accused him of leaking sensitive information to Western diplomats.

"Egyptian Parliament Removes Prominent Opponent of President: Sadat’s Nephew" is from the February 27, 2017 World section of The New York Times. It was written by Declan Walsh and narrated by Kristi Burns.