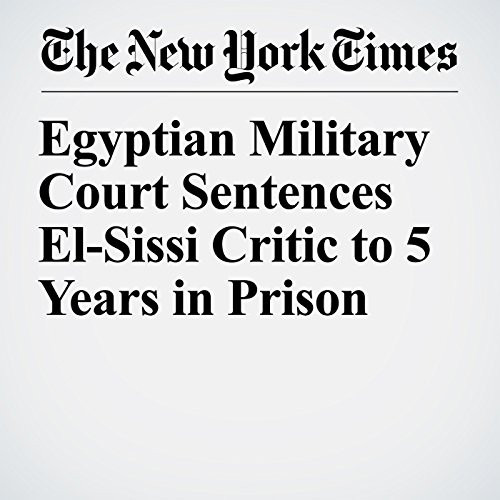 "Egyptian Military Court Sentences El-Sissi Critic to 5 Years in Prison" is from the April 24, 2018 World section of The New York Times. It was written by Declan Walsh and narrated by Kristi Burns.