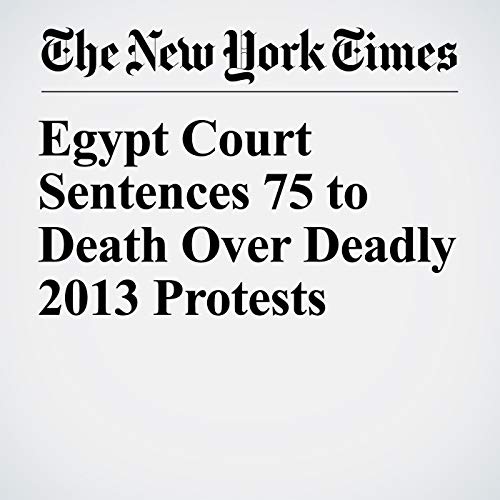 CAIRO — An Egyptian court Saturday sentenced 75 people to death, including leaders of the outlawed Muslim Brotherhood, for their involvement in a 2013 sit-in protest in Cairo that spiraled into violence and resulted in the death of hundreds of demonstrators by security forces.

"Egypt Court Sentences 75 to Death Over Deadly 2013 Protests" is from the September 08, 2018 World section of The New York Times. It was written by Mohamed Ezz and narrated by Keith Sellon-Wright.