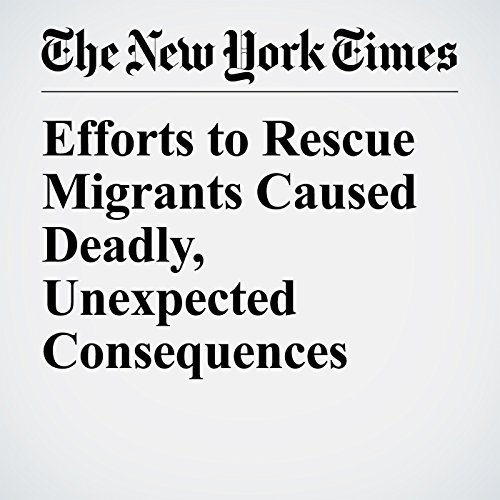 Strategies to rescue migrants in the Mediterranean Sea and disrupt smuggling networks have had deadly, unexpected consequences, according to aid groups monitoring the crisis.

"Efforts to Rescue Migrants Caused Deadly, Unexpected Consequences" is from the June 14, 2017 World section of The New York Times. It was written by Stuart A. Thompson and Anjali Singhvi and narrated by Keith Sellon-Wright.