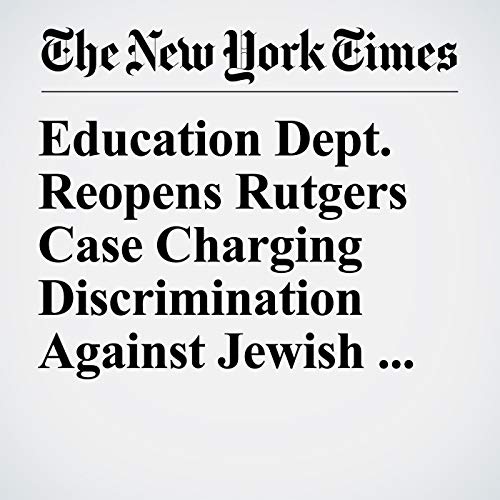 The new head of civil rights at the Education Department has reopened a 7-year-old case brought by a Zionist group against Rutgers University, saying the Obama administration, in closing the case, ignored evidence that suggested the school allowed a hostile environment for Jewish students.

"Education Dept. Reopens Rutgers Case Charging Discrimination Against Jewish Students" is from the September 11, 2018 U.S. section of The New York Times. It was written by Erica L. Green and narrated by Keith Sellon-Wright.