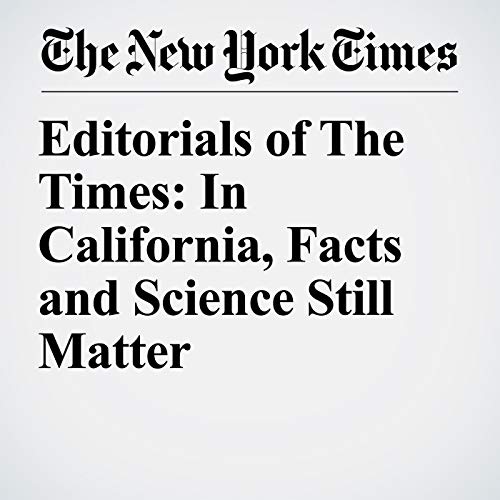 People who worry about climate change have been in a state of high anxiety about President Donald Trump’s ignorance about the issue, his assault on Obama-era policies designed to do something about it and the growing evidence that extreme weather events and other consequences of global warming, long predicted by mainstream scientists, are now upon us.

"Editorials of The Times: In California, Facts and Science Still Matter" is from the September 03, 2018 Opinion section of The New York Times. It was written by The Editorial Board and narrated by Kristi Burns.