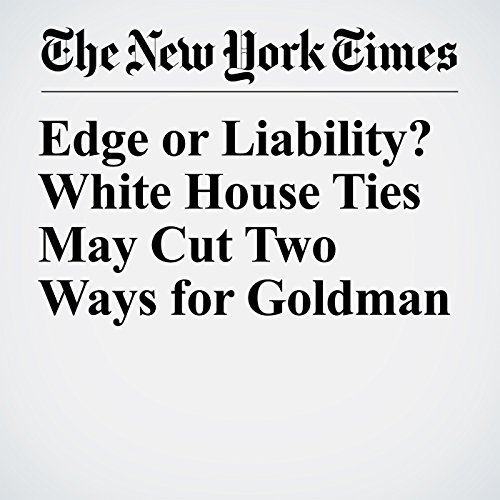 Trump’s proposals to cut corporate taxes and reduce regulation — which would benefit Wall Street broadly — have lifted the stock prices of Goldman and other banks. Shares of Goldman are up more than 36 percent since the election.

"Edge or Liability? White House Ties May Cut Two Ways for Goldman" is from the March 16, 2017 Business section of The New York Times. It was written by Kate Kelly and narrated by Jef Holbrook.