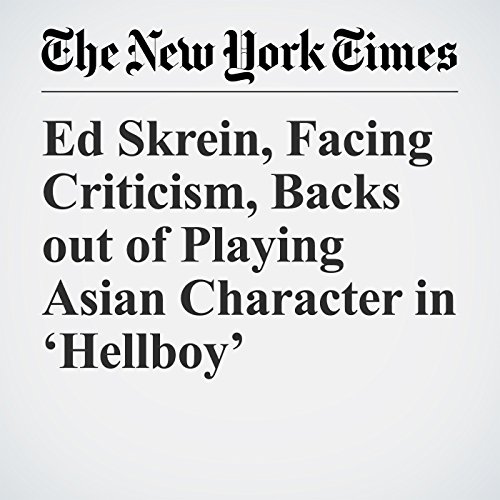 The actor Ed Skrein said Monday that he was backing out of a role in the forthcoming movie “Hellboy” after public criticism over his casting to play a character portrayed as Asian in the original comic book.

"Ed Skrein, Facing Criticism, Backs out of Playing Asian Character in ‘Hellboy’" is from the August 28, 2017 Entertainment section of The New York Times. It was written by Liam Stack and narrated by Keith Sellon-Wright.