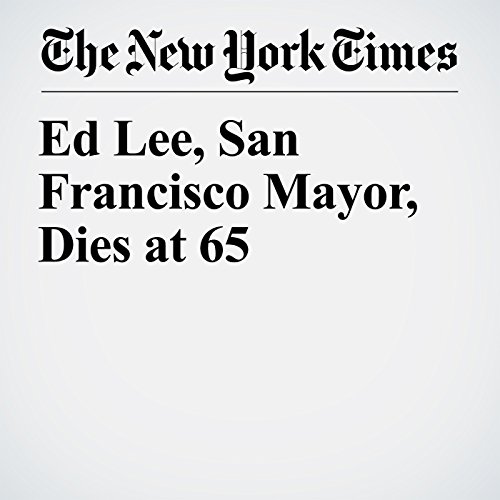 Edwin M. Lee, an affordable housing advocate and technocrat who became the first Asian-American to be elected as mayor of San Francisco, died early Tuesday of undisclosed causes, his office said. He was 65.

"Ed Lee, San Francisco Mayor, Dies at 65" is from the December 12, 2017 U.S. section of The New York Times. It was written by Thomas Fuller, Alan Cowell and Jonah Engel Bromwich and narrated by Keith Sellon-Wright.