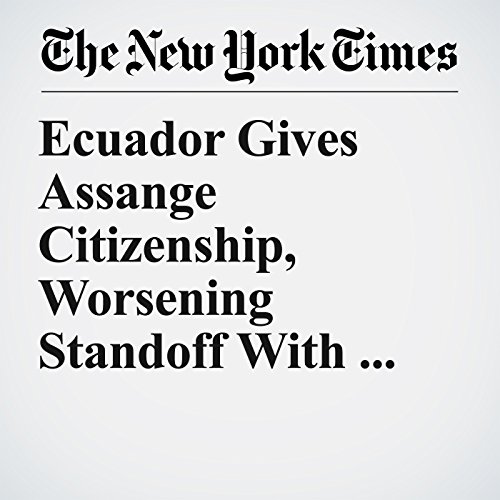 Ecuador announced Thursday that it had granted citizenship to Julian Assange, the WikiLeaks co-founder who has been living in a tiny room in the South American country’s London embassy since seeking political asylum in 2012.

"Ecuador Gives Assange Citizenship, Worsening Standoff With Britain" is from the January 11, 2018 World section of The New York Times. It was written by Maggy Ayala and Steven Erlanger and narrated by Mike DelGaudio.