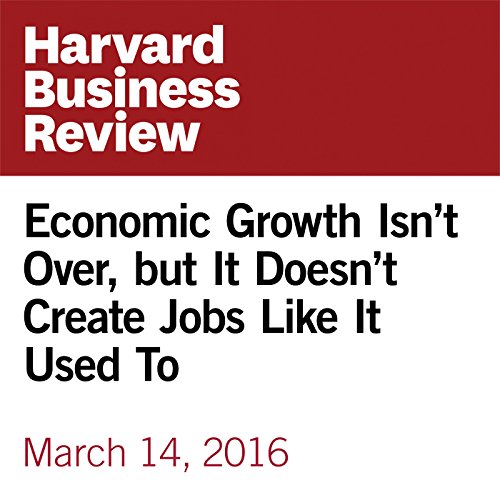 Robert J. Gordon, an economist at Northwestern University, has recently published an important new book, The Rise and Fall of American Growth, which argues that the US has entered a new age of stagnation in which our hopes for an ever more prosperous future will largely evaporate. While Gordon’s argument is often characterized as being the opposite of the one I have made in my two books about the impact of advancing automation technology on the job market (most recently, Rise of the Robots), there are many areas in which I think we would agree.

"Economic Growth Isn’t Over, but It Doesn’t Create Jobs Like It Used To" is from hbr.org, published on March 14, 2016.

Cosa pensano gli ascoltatori di Economic Growth Isn’t Over, but It Doesn’t Create Jobs Like It Used To