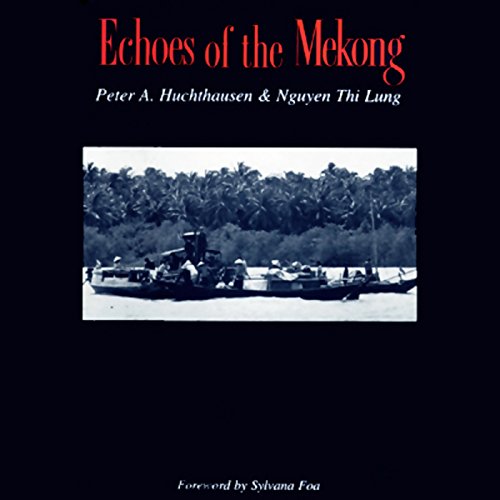 Peter Huchthausen, a river patrol officer on Vietnam's Mekong River Delta in 1967, rescued a badly wounded Vietnamese child, Nguyen Thi Lung. He and his men arranged for the girl's treatment and education, only to lose track of her when her town was overrun by the North Vietnamese during the Tet Offensive.

After the war, Lung led a difficult and shadowy life under the communist regime until she managed to get the attention of a reporter for United Press International, who published Lung's story and assisted her departure from Vietnam, while Huchthausen sponsored her entry into the United States.

In alternating chapters, Huchthausen and Lung recall the experience of war on the Mekong River while Lung recalls the terrifying years that followed. Echoes of the Mekong casts a fresh light on the American involvement in Vietnam as it follows two people caught in the war from youth to maturity.

"A modern reader, uninformed, could peruse the whole Commedia, satisfied with the mere literal story and entranced by its unparalleled beauty of language and imagery, but he would miss the inspiration of that higher message which so clearly merits the name of divine." (C. H. Grandgent)

An moving tale, excellently read that I could hardly put down. The interplay between the two readers is very well done. Listening to it makes me want to find out more about the patrol boats and their story as well as look for more Vietnamese memoirs of that time.

Briefly, this is an excellent book. The story line is interesting, touching and positive. The use of two narrators greatly maximizes the listening experience. I have several other audiobooks which have a single narrator who changes his voice to sound Asian or, worse, to sound as an Asian female. Always a disaster. The narrators here a top-notch and believable and the story line is terrific.

This was a very moving book--saying it was great would be to diminish the reality of the story--the pain and risk and danger. It left me with a great admiration of Peter Huchthausen and Nguyen Thi Lung.