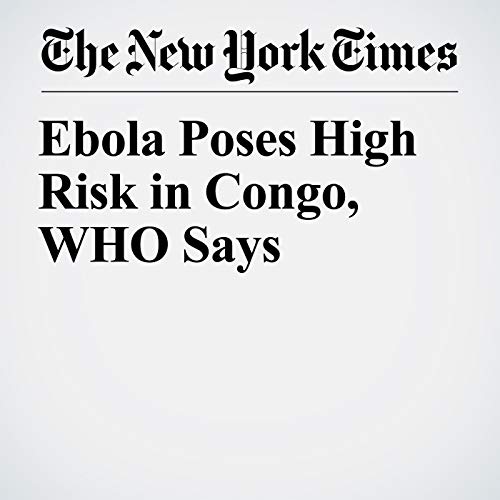 GENEVA — An outbreak of the Ebola virus in the Democratic Republic of Congo poses a high risk to the region, although the danger of the disease spreading worldwide was described as low, international health officials said Friday.