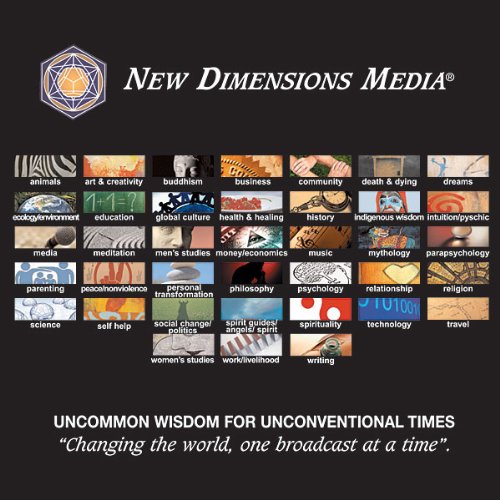 A Christian monk who lived in India for over 30 years, the late Father Griffiths shares some remarkable insights about the contemplative life. He builds a bridge linking the Gnostic tradition of early Christianity and the mystical tradition streaming down through the centuries with the ancient philosophies of Vedanta and Buddhism. The results are fascinating and profound.
©1983 New Dimensions Foundation (P)2008 New Dimensions Foundation

This interview with Fr Dom Bede Griffiths regarding his interest in an East/West interspiritual dialog has a muddy soundtrack and is only a brief overview of an introduction of the very idea of such a dialog. Perhaps at the time of the interview, this was a risky and dangerous idea for both East and West, but the post-modern dialog has now gone way beyond this point into Western non-dual teachers and Christianity has a solid foothold in India that it did not perhaps have back in the mid-1940s. Bede's emphasis is clearly that of introducing Christian concepts to Hindu ways of thinking as the exclusive and personal nature of Christianity does not technically mix with the Eastern inclusive and impersonal advaita vedanta. Bede is hesitant to discuss any real connection except with respect to "mystical" Christianity and/or the Christian comtemplative tradition being served well by a stay in his ashram in India. If you are expecting any discussion in-depth, you will be sorely disappointed.