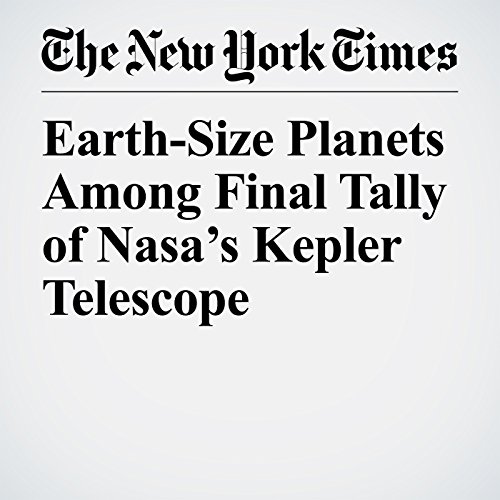 Setting the stage for the next chapter in the quest to end cosmic loneliness, astronomers released a list Monday of 4,034 objects they are 90 percent sure are planets orbiting other stars.

"Earth-Size Planets Among Final Tally of Nasa’s Kepler Telescope" is from the June 19, 2017 Science section of The New York Times. It was written by Dennis Overbye and narrated by Kristi Burns.