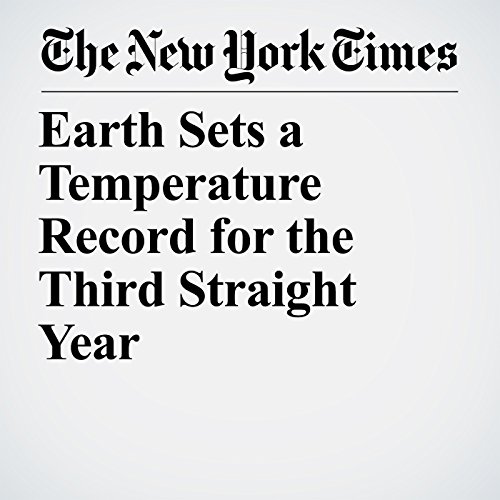 Marking another milestone for a changing planet, scientists reported on Wednesday that the Earth reached its highest temperature on record in 2016 — trouncing a record set only a year earlier, which beat one set in 2014. It is the first time in the modern era of global warming data that temperatures have blown past the previous record three years in a row.

"Earth Sets a Temperature Record for the Third Straight Year" is from the January 18, 2017 U.S. section of The New York Times. It was written by Justin Gillis and John Schwartz and narrated by Keith Sellon-Wright.