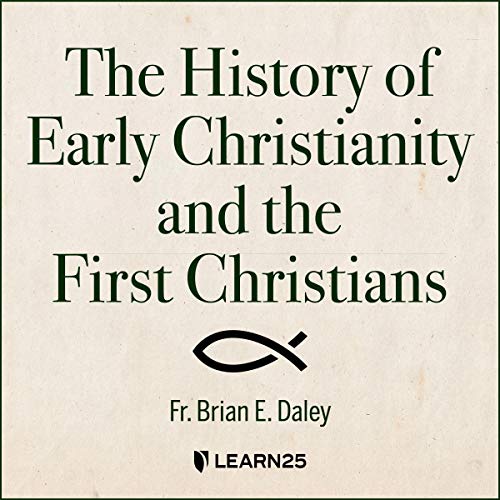 The History of Early Christianity and the First Christians

To understand the modern Christian identity, faith, traditions, Scriptures, and theology, we must first understand its past.

This course introduces you to the world of the first Christians and the theological and philosophical issues with which they dealt and which define the Christian faith today.

Through this unique series by world-renowned patristic scholar Professor Brian E. Daley, SJ, you will encounter the first Christians and the beginnings of the Catholic Church. Explore the main features and figures of the church's early life and its beginning stages. Examine the social and religious settings of the first Christian communities, the concerns that dominated their thinking, and the literary and liturgical forms in which they expressed their faith.

Through this course, you will explore Christianity from the time of the Apostles through the writings of Origen, in the first half of the third century. Begin with a consideration of the world in which the earliest Christians lived: the Roman Empire.

Explore the forms of authority that were developed in different parts of the Christian world and the formation of a distinctive Christian biblical canon. Follow the proliferation of Christian apocrypha, works written in biblical style but never claimed as normative for faith by the community as a whole. After reflecting on the attitudes of Hellenistic philosophers toward the new religion, you will learn about the first Christian philosopher to claim that title: Justin Martyr.

Through this special course, you will learn about the ideas and thinkers who shaped the faith and its biblical canon and have inspired Christians for almost 2,000 years.

of Christianity, especially Christian writers: Justin the Martyr, Ireneus of Lyon, Clemens of Alexandria and Orygen.

the scholar brings the growth and life of the early church alive and renews the listener's faith in doing so.