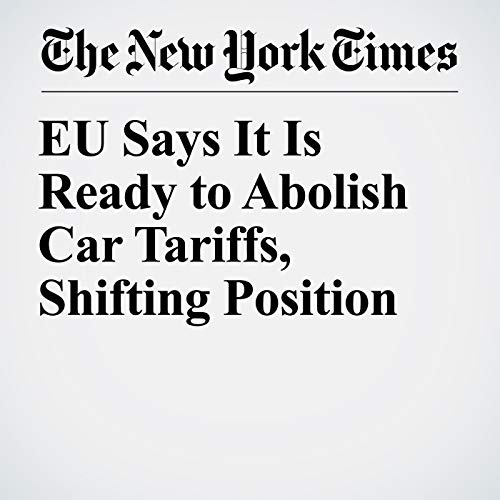 The European Union’s top trade official said Thursday that the bloc would be willing to remove all tariffs on cars and other industrial products as part of a limited trade deal with the United States, an apparent shift that may please the Trump administration but could also violate global trade rules.

"EU Says It Is Ready to Abolish Car Tariffs, Shifting Position" is from the August 30, 2018 Business section of The New York Times. It was written by Jack Ewing and narrated by Keith Sellon-Wright.