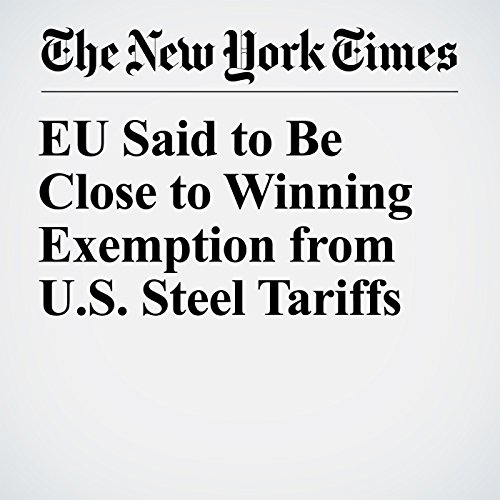 Hours before punishing U.S. tariffs on steel and aluminum imports were due to take effect, the European Union appeared close to winning an exclusion that would avert a trade war with the United States.

"EU Said to Be Close to Winning Exemption from U.S. Steel Tariffs" is from the March 22, 2018 U.S. section of The New York Times. It was written by Jack Ewing and narrated by Kristi Burns.