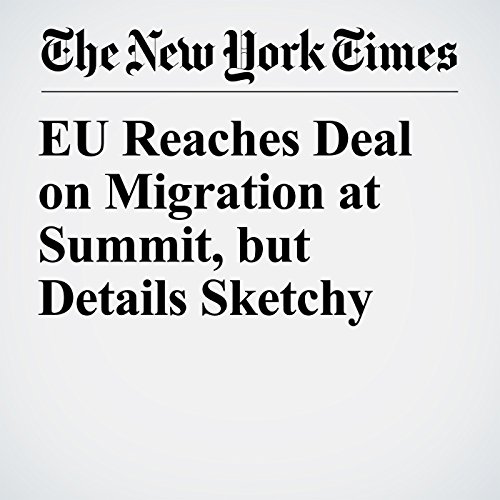 BRUSSELS — European Union leaders, after marathon talks overnight, announced early Friday that they had reached a compromise deal on migration, an issue that has created a political crisis and threatens to undermine the bloc.

"EU Reaches Deal on Migration at Summit, but Details Sketchy" is from the June 29, 2018 World section of The New York Times. It was written by Steven Erlanger and Katrin Bennhold and narrated by Barbara Benjamin-Creel.