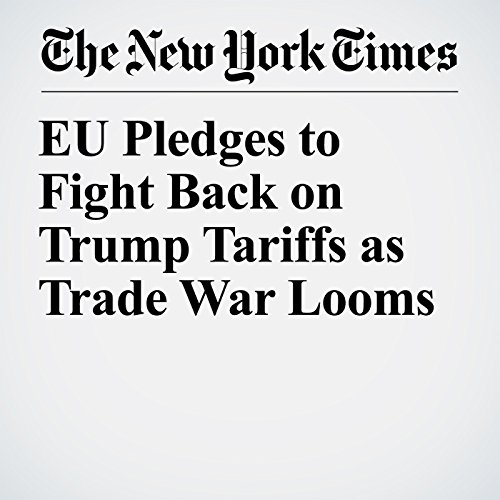 BRUSSELS — European Union officials unveiled an array of tariffs Wednesday that they would place on U.S.-made goods if the United States followed through on President Donald Trump’s plan to impose penalties on imported steel and aluminum, raising the specter of a trade war.

"EU Pledges to Fight Back on Trump Tariffs as Trade War Looms" is from the March 07, 2018 U.S. section of The New York Times. It was written by Milan Schreuer and narrated by Keith Sellon-Wright.