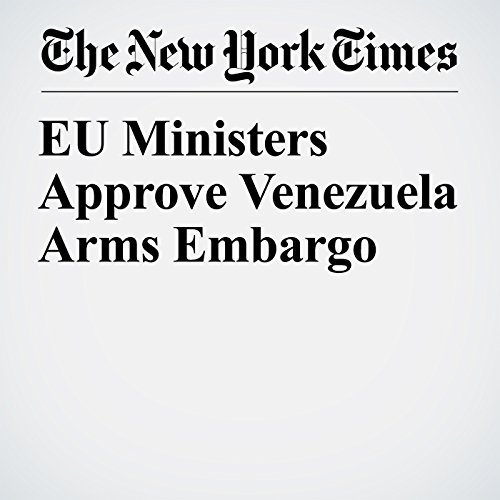 The foreign ministers of the European Union approved an arms embargo against Venezuela on Monday as part of what they called “restrictive measures” to pressure the administration of President Nicolás Maduro to strengthen the rule of law and democracy.

"EU Ministers Approve Venezuela Arms Embargo" is from the November 13, 2017 World section of The New York Times. It was written by Kirk Semple and Clifford Krauss and narrated by Kristi Burns.