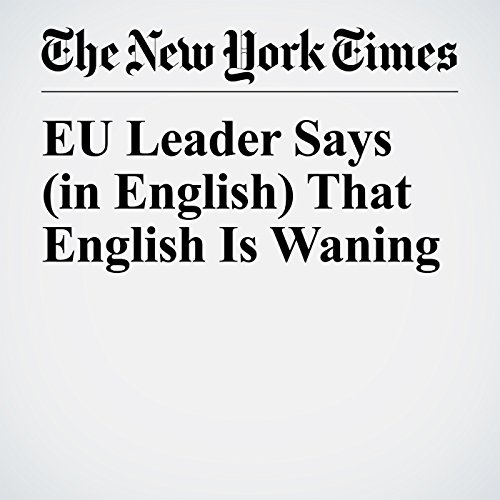 In a little less than two years, Britain will no longer be part of the European Union. And as far as Jean-Claude Juncker, the president of the European Commission, is concerned, the role of English in European affairs might be diminished as well.

"EU Leader Says (in English) That English Is Waning" is from the May 05, 2017 World section of The New York Times. It was written by James Kanter and Michael Wolgelenter and narrated by Mike DelGaudio.