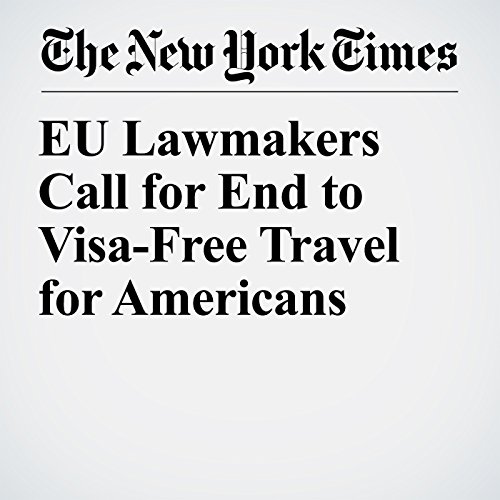 The European Parliament has passed a nonbinding resolution calling for the reintroduction of visa requirements for American citizens, raising the stakes in a long-running battle over the United States’ refusal to grant visa-free access to citizens of five European Union countries.

"EU Lawmakers Call for End to Visa-Free Travel for Americans" is from the March 03, 2017 World section of The New York Times. It was written by James Kanter and narrated by Jenny Hoops.