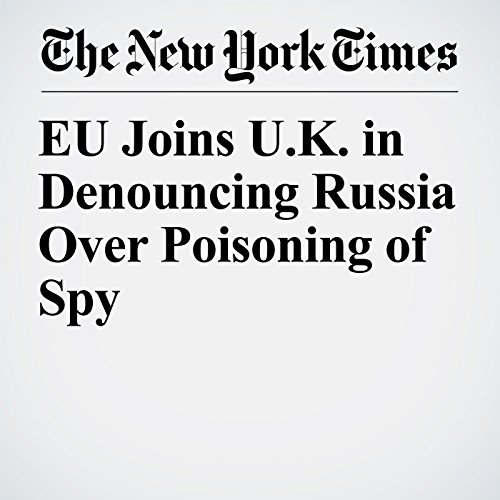 BRUSSELS — Britain’s prime minister, Theresa May, won support from the European Union on Friday over her escalating diplomatic battle with Russia, a significant victory for a leader who has often found herself isolated in Brussels as her country prepares to quit the bloc.

"EU Joins U.K. in Denouncing Russia Over Poisoning of Spy" is from the March 23, 2018 World section of The New York Times. It was written by Stephen Castle and narrated by Barbara Benjamin-Creel.