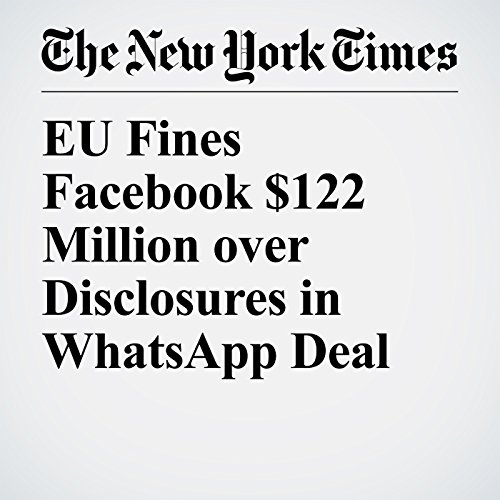 Europe’s love affair with Facebook may be coming to an end. On Thursday, the European Union’s powerful antitrust chief fined the social network 110 million euros, or about $122 million, for giving misleading statements during the company’s $19 billion acquisition of the internet messaging service WhatsApp in 2014.

"EU Fines Facebook $122 Million over Disclosures in WhatsApp Deal" is from the May 18, 2017 Business section of The New York Times. It was written by Mark Scott and narrated by Kristi Burns.