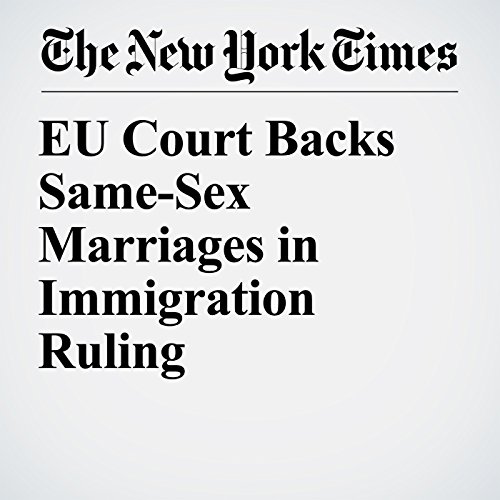 BUCHAREST, Romania — All European Union countries must recognize same-sex marriage, at least in relation to immigration cases where one partner is a citizen of the bloc, its highest court ruled Tuesday.

"EU Court Backs Same-Sex Marriages in Immigration Ruling" is from the June 05, 2018 World section of The New York Times. It was written by Kit Gillet and narrated by Keith Sellon-Wright.