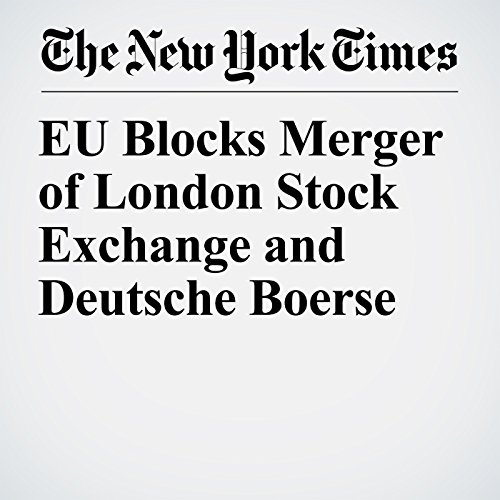 The London Stock Exchange and Deutsche Boerse have tried to merge three times since 2000, hoping to create a European stock market heavyweight. And now, after a ruling from European regulators on Wednesday, all three efforts have failed.

"EU Blocks Merger of London Stock Exchange and Deutsche Boerse" is from the March 29, 2017 Business section of The New York Times. It was written by Chad Bray and narrated by Keith Sellon-Wright.