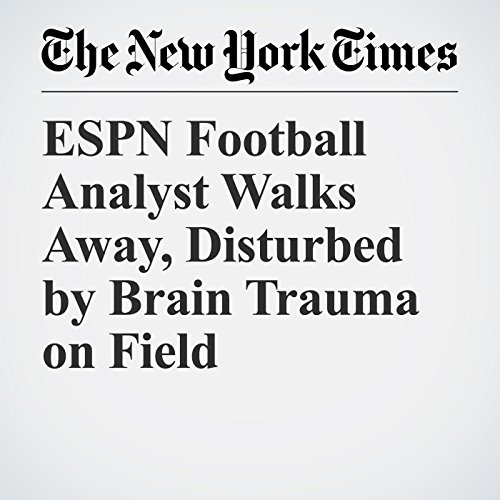 If Ed Cunningham had not already seen enough, he would be back in a broadcast booth on Saturday afternoon, serving as the color analyst for another top college football game televised on ABC or ESPN. It is the work he has done each fall for nearly 20 years.

"ESPN Football Analyst Walks Away, Disturbed by Brain Trauma on Field" is from the August 30, 2017 Sports section of The New York Times. It was written by John Branch and narrated by Keith Sellon-Wright.