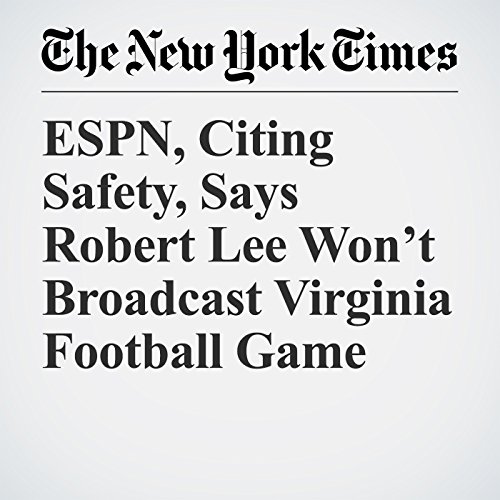 ESPN has removed an announcer from its broadcast of the University of Virginia’s first football game next month because he has the same name as a Confederate general memorialized in statues that are being taken down across the country.

"ESPN, Citing Safety, Says Robert Lee Won’t Broadcast Virginia Football Game" is from the August 23, 2017 Sports section of The New York Times. It was written by Matthew Haag and narrated by Keith Sellon-Wright.