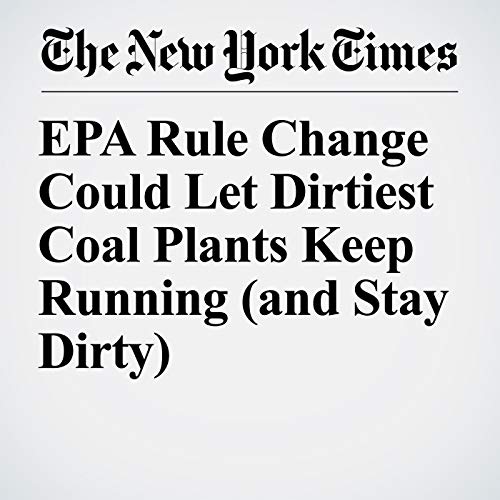 One of the main advancements of the past half-century at coal-burning power plants has been the “scrubber,” a clean-air device that played a major role in ending the acid-rain crisis of the 1970s and that removes millions of tons a year of a pollutant blamed for respiratory disease.

"EPA Rule Change Could Let Dirtiest Coal Plants Keep Running (and Stay Dirty)" is from the August 24, 2018 U.S. section of The New York Times. It was written by Eric Lipton and narrated by Mike DelGaudio.