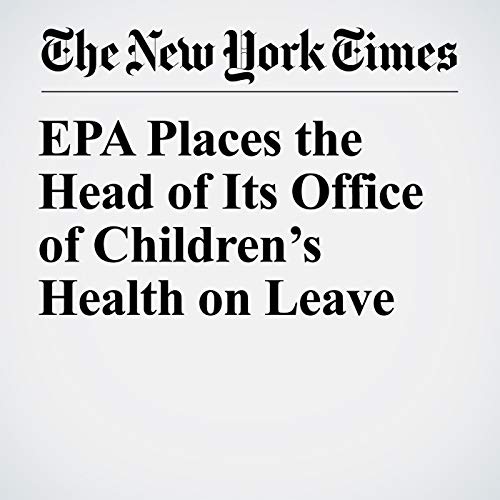 The Environmental Protection Agency on Tuesday placed the head of its Office of Children’s Health Protection on administrative leave, in an unusual move that several observers said appeared to reflect an effort to minimize the role of the office.

"EPA Places the Head of Its Office of Children’s Health on Leave" is from the September 26, 2018 U.S. section of The New York Times. It was written by Coral Davenport and Roni Caryn Rabin and narrated by Keith Sellon-Wright.