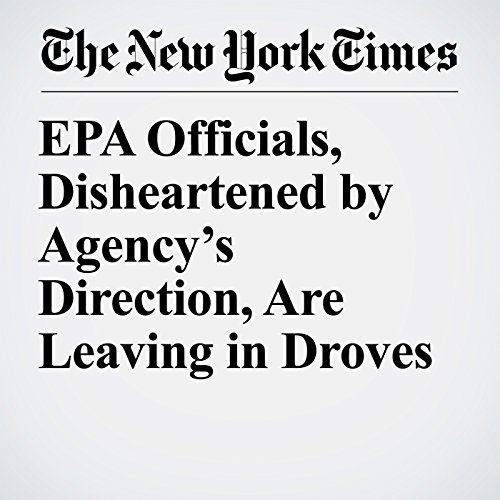 More than 700 people have left the Environmental Protection Agency since President Donald Trump took office, a wave of departures that puts the administration nearly a quarter of the way toward its goal of shrinking the agency to levels last seen during the Reagan administration.

"EPA Officials, Disheartened by Agency’s Direction, Are Leaving in Droves" is from the December 22, 2017 Politics section of The New York Times. It was written by Lisa Friedman, Marina Affo and Derek Kravitz and narrated by Kristi Burns.