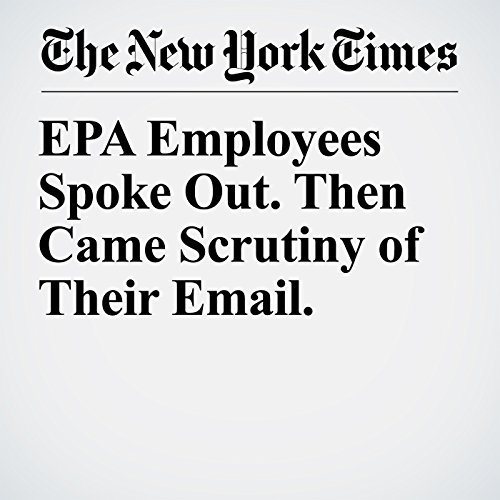 One Environmental Protection Agency employee spoke up at a private lunch held near the agency headquarters, saying she feared the nation might be headed toward an “environmental catastrophe.” Another staff member, from Seattle, sent a letter to Scott Pruitt, the EPA administrator, raising similar concerns about the direction of the agency. A third, from Philadelphia, went to a rally where he protested against agency budget cuts.

"EPA Employees Spoke Out. Then Came Scrutiny of Their Email." is from the December 17, 2017 Politics section of The New York Times. It was written by Eric Lipton and Lisa Friedman and narrated by Keith Sellon-Wright.