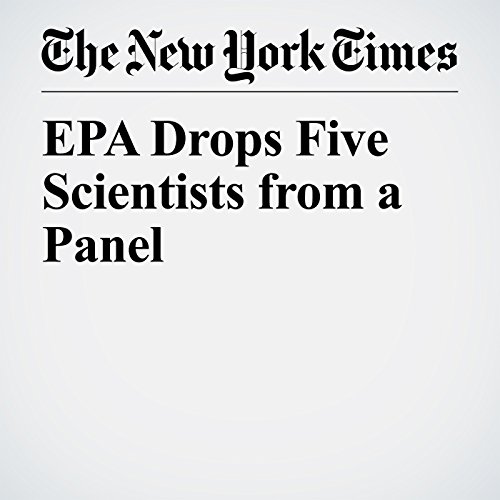 The Environmental Protection Agency has dismissed at least five members of a major scientific review board, the latest signal of what critics call a campaign by the Trump administration to shrink the agency’s regulatory reach by reducing the role of academic research.

"EPA Drops Five Scientists from a Panel" is from the May 07, 2017 U.S. section of The New York Times. It was written by Coral Davenport and narrated by Kristi Burns.