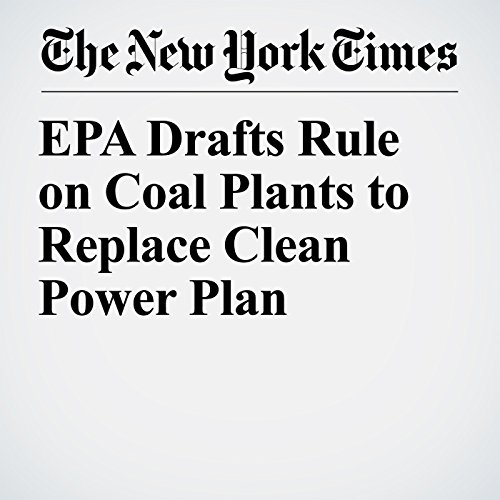 The Trump administration has drafted a new proposal to regulate carbon dioxide emissions from coal-fired power plants, one that is far less stringent than the climate plan finalized in 2015 by former President Barack Obama.

"EPA Drafts Rule on Coal Plants to Replace Clean Power Plan" is from the July 05, 2018 U.S. section of The New York Times. It was written by Lisa Friedman and Brad Plumer and narrated by Keith Sellon-Wright.