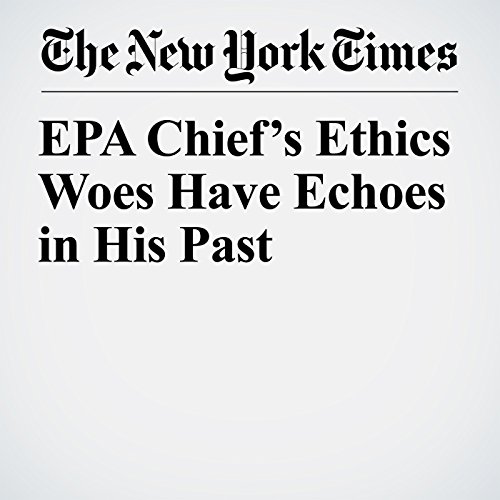 EPA Chief’s Ethics Woes Have Echoes in His Past

OKLAHOMA CITY — Early in Scott Pruitt’s political career, as a state senator from Tulsa, Oklahoma, he attended a gathering at the Oklahoma City home of an influential telecommunications lobbyist who was nearing retirement and about to move away.

"EPA Chief’s Ethics Woes Have Echoes in His Past" is from the April 21, 2018 U.S. section of The New York Times. It was written by Steve Eder and Hiroko Tabuchi and narrated by Kristi Burns.