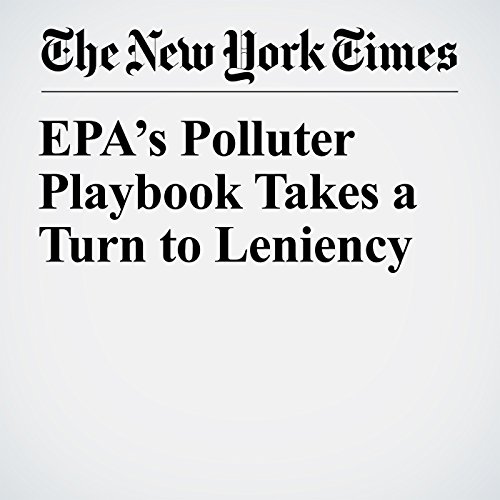 The highway billboard at the entrance to town still displays a giant campaign photograph of President Donald Trump, who handily won the election across industrial Ohio. But a revolt is brewing in East Liverpool over Trump’s move to slow down the federal government’s policing of air and water pollution.

"EPA’s Polluter Playbook Takes a Turn to Leniency" is from the December 10, 2017 U.S. section of The New York Times. It was written by Eric Lipton and Danielle Ivory and narrated by Keith Sellon-Wright.