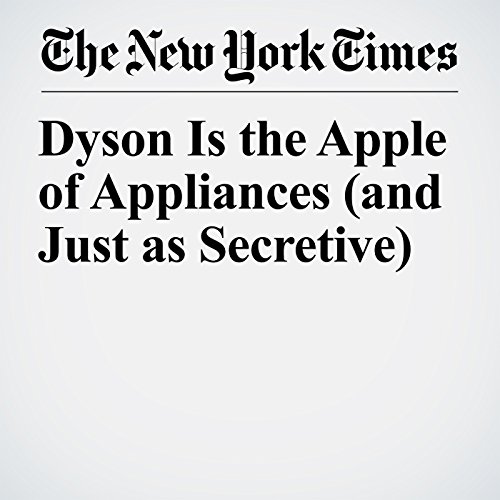 Even as other hardware brands like Samsung, smartwatch maker Fitbit and camera designer GoPro have struggled with physical products because of low-priced copycats and thin profit margins, Dyson has shown an uncanny ability to mint money. Its latest robot cleaner, which is selling briskly, exemplifies that and puts Dyson in rarefied company alongside Apple as one of the few tech companies worldwide to consistently profit from consumer gadgets.

"Dyson Is the Apple of Appliances (and Just as Secretive)" is from the April 02, 2017 Business section of The New York Times. It was written by Mark Scott and narrated by Caroline Miller.